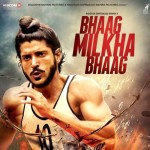 Bhaag Milkha Bhaag: An Epic Saga but a notch low for a classic

On the onset it is very difficult to make a biopic, and if the person is alive then it becomes more difficult as comparisons and speculations start building up. Such movies sometimes become more of a documentary on the achievements of the person on which the biopic is being made.

Director Rakeysh Omprakash Mehra & writer Prasoon Joshi have been successful in telling a story with a lot of conviction and with equal amount of entertainment value. Rather they create an epic saga of “The flying Sikh”, but falls a bit short of becoming a classic due to its length.

The story of BMB portrays the life of Milkha Singh (Farhan Akhtar) since partition where he loses his family in the riots and he comes to India from Pakistan. The screenplay showcases his early teens when he was a ruffian to him joining the army and becoming the greatest athlete that India has produced. The story captures his struggle and tribulations but at the same time celebrates his achievements.

The Story & Screenplay written by Prasoon Joshi tries to create an epic saga but the main issue is the length of the movie which is around 3 hours. The movie could have been trimmed by 25 to 30 minutes at the most. The screenplay makes you laugh as well as cry in a few sequences like the sequences of Milkha and her elder sister. One such sequence is when kid Milkha and his elder Sister (Divya Dutta) unite in the refugee camp, it is really moving. Some of the moments are great and you tend to clap like the sequence when Milkha Singh runs with a wounded leg during his selection race. But Milkha Singh’s romance angle with Biro (Soman Kapoor) is weak and hampers the pace and is stretched unnecessarily.

Director Rakeysh Omprakash Mehra has created a saga of epic proportion and also created the period from 1946 to 1960’s with efficient detailing and conviction. Cinematographer Binod Pradhan has done a stupendous job in putting the right amount of color in every frame. Production Design by Acropolis has been a highlight and has helped the movie to give that correct look and feel. Costumes by Dolly Ahluwalia have been the cherry in the cake wherein the clothes and the styling have been done with minute detailing and the styling aptly changes from 40’s to 60’s.

Music by Shankar Ehsaan Loy blendes with the movie well like “Zinda” & “ Maston Ka Jhund”, but some of the songs are a hindrance to the pace of the movie. Lyrics by Prasoon Joshi are inspiring and poetic.

Farhan Akhtar is the real reason why someone should watch BMB. The actor has really worked hard and it shows. Farhan blends into the character of Milkha Singh so well that you will not find any traces of Farhan Akhtar of his previous films. His body language, his dialect and especially in the sequences where he is shown running, he is so convincing that you feel some real athlete has done these sequences. Farhan will be the top contender for the “Best Actor” this year. Divya Dutta as Milkha’s sister is excellent and so is Pawan Malhotra  who plays Milkha singh’s coach. Jabtej Singh who plays young Milkha is the best discovery this year; he gets the nuances correct and is brilliant.