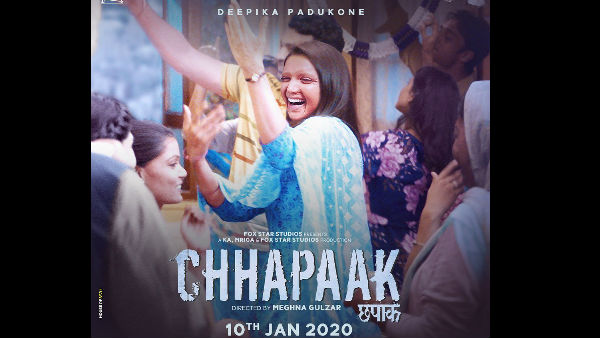 Chhapaak: A splash NOT so strong

Meghna Gulzar has this uncanny habit of choosing path breaking subjects, right from her debut movie FILHAAL which was a movie on surrogacy in 2002, much ahead of its time. And since then her body of work has been impeccable excluding a JUST MARRIED which was run of then mill.

With CHHAPAAK, Meghna again tries to break grounds adapting the story of acid attack survivor Laxmi Agarwal. The story plots the journey of Malti (Deepika Padukone) and her struggle to get the justice and to fit in a society where looks take pretense.

Story and screenplay by Meghna herself with association of Atika Chohan, captures the pain and anguish that an acid attack victim and her family goes through. What Meghna and Atika smartly do is keeping Malti’s story at the forefront it generally talks about acid attack and its consequences in general. But where CHHAPAAK loses its impact is with the screenplay which is all over the places. Incidents happening in Malti’s life is not stitched cleanly and it’s back and forth narration fails to connect with the audience and play on the emotional quotient, which was so important for the film falls flat. Even the court room scenes don’t create any impact. Another major drawback is it’s sluggish pace which refrains the viewer to be invested. Frankly till intermission point not much had happened. Another flaw which is otherwise Meghna’s forte was the characterization, which is very weak in CHHAPAAK. Sad that the writing fails with such a strong content.

The performances are the biggest plus of CHHAPAAK, starting with Deepika Padukone who plays the central character Malti, does and honest and sincere attempt to give life to the character but somehow she is not able to connect on an emotional level with the audience. Vikrant Massey as Amol, Malti’s boss and partner in a not so long role does a brilliant job, yet again proving his mettle as an actor. Another actor who stands out in the movie is Madhurjeet Sarghi, Malti’s advocate and well-wisher. Mahurjeet comes out strong and get it right from the word go. Rest of the cast also do a brilliant job. But alas the writing fails them.

Another good job done is by the makeup department, especially prosthetic expert Cloover Wootton’s work on the look and progress after the acid attack has to be mentioned, which I read was 11 looks. I need to also mention Gulzar’s title track which gives you goose bumps.

Meghna who has been so strong with her writing and content somehow misses the bus with CHHAPAAK which is sad. Honestly speaking I had a lot of expectations from a Meghna Gulzar movie but came out disappointed. But need to give her credit in extracting some very good performances form the cast.

CHHAPAAK which literally means THE SPLASH refrains from creating any splash with an otherwise strong content, but it is the cast that makes it watchable once.