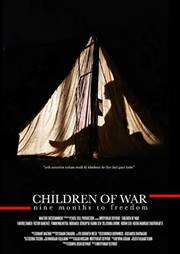 1971 Bangladesh war against Pakistan has a lot of facets which has not been discussed or shown. One of it is the genocide and the rape of woman by the Pakistani soldiers.

Debutant director & writer Mritunjay Devvrat creates a captive story and narration of the ugly face of 1971 Bangladesh war. Mritunjay takes the facts and creates a fictional story around the genocide and rape of Bangladeshi woman by the Pakistani soldiers so that they give birth to children with Pakistani blood.

The screenplay is gruesome and it makes you think about the pain and anguish which the people of Bangladesh may have faced. This movie is definitely not for the faint

hearted. Mritunjay presents different stories of various people and their sufferings at various levels. The screenplay is moving and captures incidents with minute details but it is a bit long and a few sequences are dragged. One of the flaws is the climax wherein Mrityunjay takes a safe route to end the movie.

The ensemble cast comprising of Farooq Sheikh (his last film), Indraneil Sengupta, Raima Sen, Tillotama Shome, Pavan Malhotra, Ridhi Sen, Joy Sengupta, Rucha Inamdar & Victor Banerjee do a splendid job. But Pavan Malhotra as the Mallik the Pakistani Chief does a brilliant job of menacing and calculative chief. Ridhi Sen who portrays the village boy Rafiq is splendid in a complex character which goes through a complete makeover from a simple innocent village boy to a rebel. Tillotama Shome as the the fearless Bhitika steals the show. And above all Farooq Sheikh’s portrayal as Mojid is a delight, we will really miss him.

Cinematography by Fasahat Khan is breath taking and captures the mood of the movie aptly. Production Design by Angelica Monica Bhowmik is authentic and successfully creates the 70’s well, the costume design by Amita Bhatnagar is accurate and blends well with the narration.

Kudos to Mritunjay Devvrat for attempting such a controversial and difficult subject and bringing the realities of the 1971 Bangladesh war to fore. I will go with 4 stars….