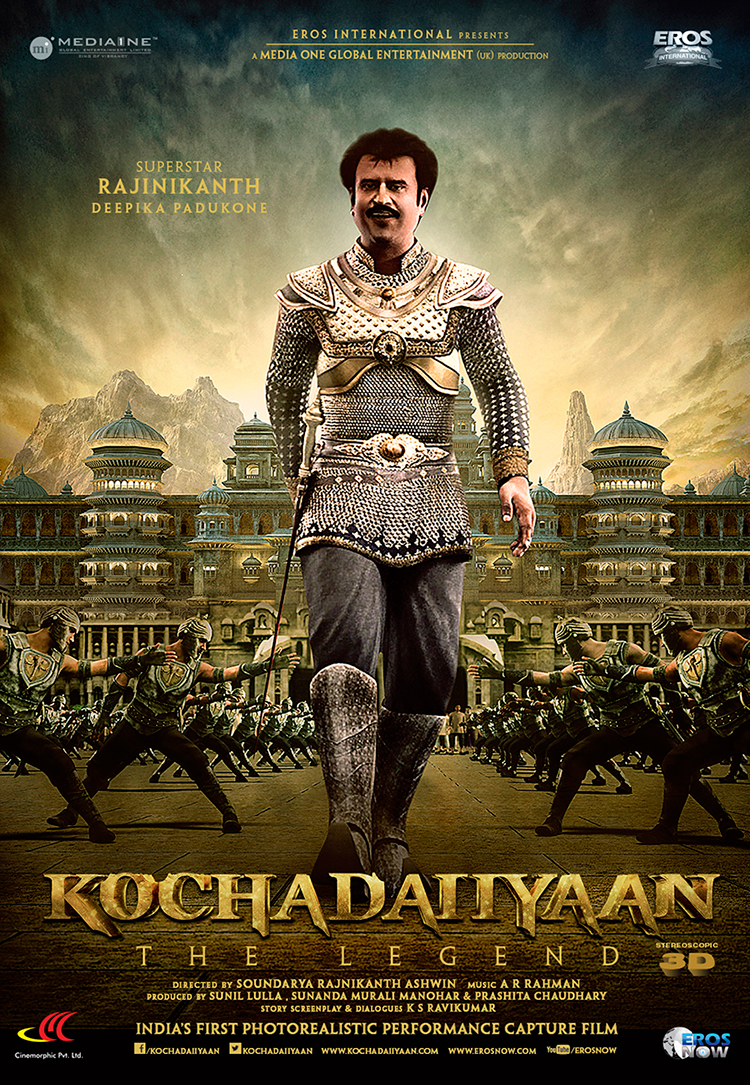 Kochadaiyaan is India’s first movie made on the technology of Motion Capture, a technique used in Hollywood movies like Avatar, Tintin & Bewoulf. Do not expect the finesse like its Hollywood counterpart, but the attempt is worth an applaud for the director Soundarya Rajnikanth Ashwin.

Having Super Star Rajnikanth was enough to make the movie a blockbuster but taking a path which was not explored in Bollywood and more so animation movies are not taken seriously in India, for Soundarya to try something out of the box is commendable.

But it is not only the technology but the story and screenplay by K. S. Ravikumar which is fast paced with trademark Rajni style histrionics and a story which is appealing, in short a complete Entertainer.

Kochadaiyaan is a story based in the 8th century, which tells the tale of Rana, Kochaiyaan’s son who avenges his father’s death. It could have been a mundane revenge drama but K.S. Ravikumar keeps it interesting with a lot of twists and turns.

Rajni as usual is the highlight of the movie with a double role of father Kochadaiyaan and son Rana and Rajni as usual does not disappoint, he is bang on with his histrionics and charisma. Deepika Padulone as Princess Vandhana does not have much to do but suits the part albeit her animation is the worst as compared to other actors. Jackie Shroff as Raja Mahendra does a good job so does Naseer as King Rishikodagan. Shobhana and Sarath Kumar are wasted in brief roles.

Music by A R Rahman is apt as per the movie, though the songs are not memorable or hummable. Cinematography by Rajiv Menon is impressive. Neeta Lulla’s costume design is as per the period. Editing by Antony is crisp and keeps the pace.

After Rajni it is Soundarya’s direction which is the highlight of the movie. Overall the movie is a total masala entertainer; I will go with 3 stars….