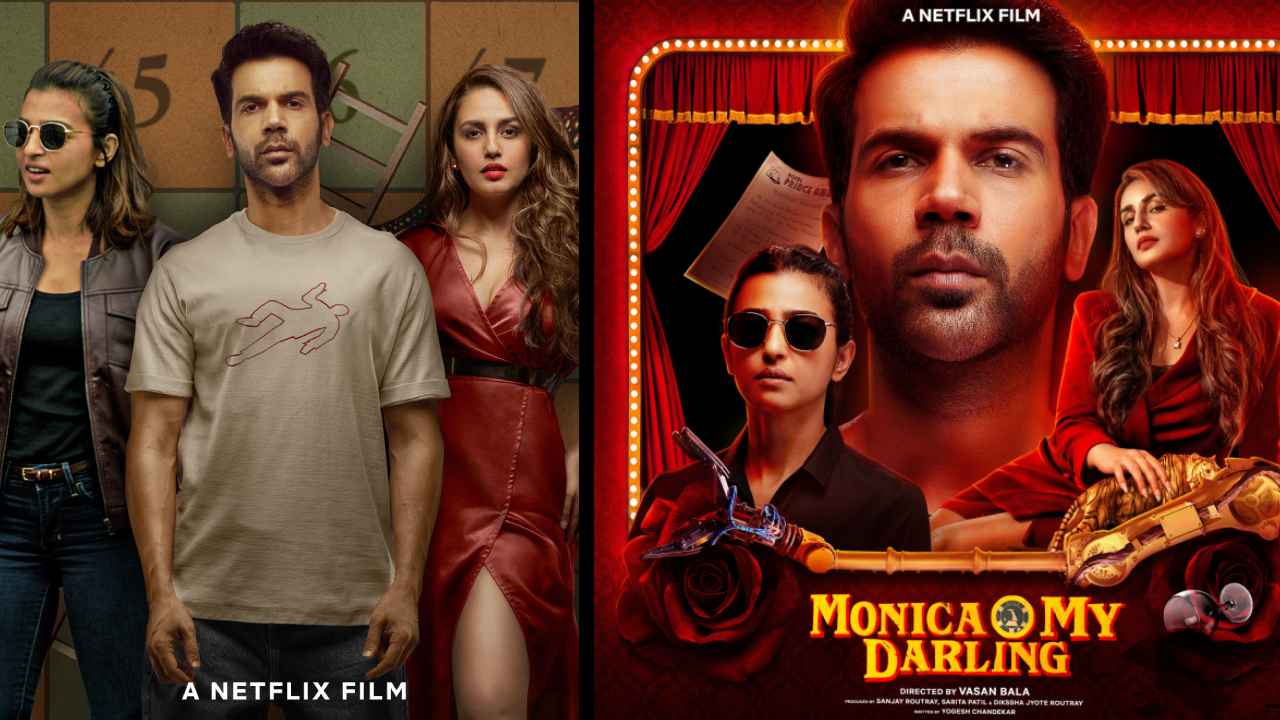 I confess that I have been a fan of Vasan Bala since Mard Ko Dard Nahi Hota and was really looking forward to Monica Oh My Darling.

And MOMD is a riot combining Dark comedy with Neo Noir and Whodunit which is a complete treat for movie buffs like us with movie references from Bollywood and Hollywood. The movie is based on the Japanese novel Burutasu No Shinzou written by  Keigo Higashimo. Story adapted and screenplay written by Yogesh Chandekar is full of twists and turns till the end. The screenplay is crisp and does not waste anytime or slackens the pace. The Easter Eggs of reference to Hollywood and Bollywood makes it a delight to watch. Vasan had the same pattern in MKDNH. Adding to the well written script are taut dialogues written by both Vasan Bala and Yogesh. The dialogues are so apt and funny at times that you crack up. Definitely a good writing.

The second jewel of the movie is the brilliant ensemble cast. Starting with  Rajkumar Rao who plays the robotic scientist Jayant Arkhedkar, a ambitious guy with perfection, well with Rajkumar that is expected, what is important that he owns each and every character he plays and brings the variety in his performance, another feather in Rajkumar’s cap.  Huma Qureshi plays the sultry secretary Monica Machado with elan and is brilliant in each and every scene. But it is Radhika Apte who plays ACP Vijayadhanthi Naidu who is just brilliant, she bring a sense of unpredictability in her portrayal which keeps you on your edge of her moves till the end. Sikandar Kher though has a brief role of Nishikant Adhikari, but he shines in each and every scene that he is in, Sikandar is really getting is correct with each character. Bagavathi Perumal who plays the CFO Arvind impresses with his brief presence, a character completely different from his notorious cop act in Super Deluxe. The real surprise packet is Sukant Goel as Jay’s friend and colleague Gaurav, Sukant does a brilliant job and keeps the mystery of his character intact through out the movie. Rest of the cast including Zayn Marie Khan Shiva Rindani  Faisal Rashid also do justice to their respective roles.

It is the background score by Achint Thakkar which is a highlight of the movie and it elevates the scenes to completely different level. Just a trivia for the background songs orchestra singers have been used. Editing by Atanu Mukherjee is crisp and keeps you invested. Cinematography by Swapnil S Sonawane and Sukesh Vishwanath enhances the mystery and transports us to the mystical world of MOMD, which is a combination of realism, fantasy and retro.

Coming to the director the captain of the ship Vasan Bala, who adapts the thriller in the Shriram Raghavan style of film making which is again inspired by the Vijay Anand style of of film making. Vasan pays an ode to the 70’s style of thriller both of Bollywood and Hollywood, and he unabashedly gives references which will only be spotted by a true movie buff. Vasan’s style makes the movie interesting throughout and the brilliant usage of background score or songs makes it stand apart from rest. Another thing that Vasan gets right is the casting, which makes the movie a delight.

MOMD is not your regular Whodunit thriller that you see in Bollywood, hence it was a smart move by the makers to skip theatre release and go directly to OTT. It has some crazy twists which may not be everyone’s cup of team. But Bollywood/ Hollywood thriller junkies, do not hesitate and just switch to Netflix and watch MONICA OH MY DARLING at the earliest, hope you will enjoy the movie as I did.

PS: Be alert to spot some classic movie references and some Easter Eggs