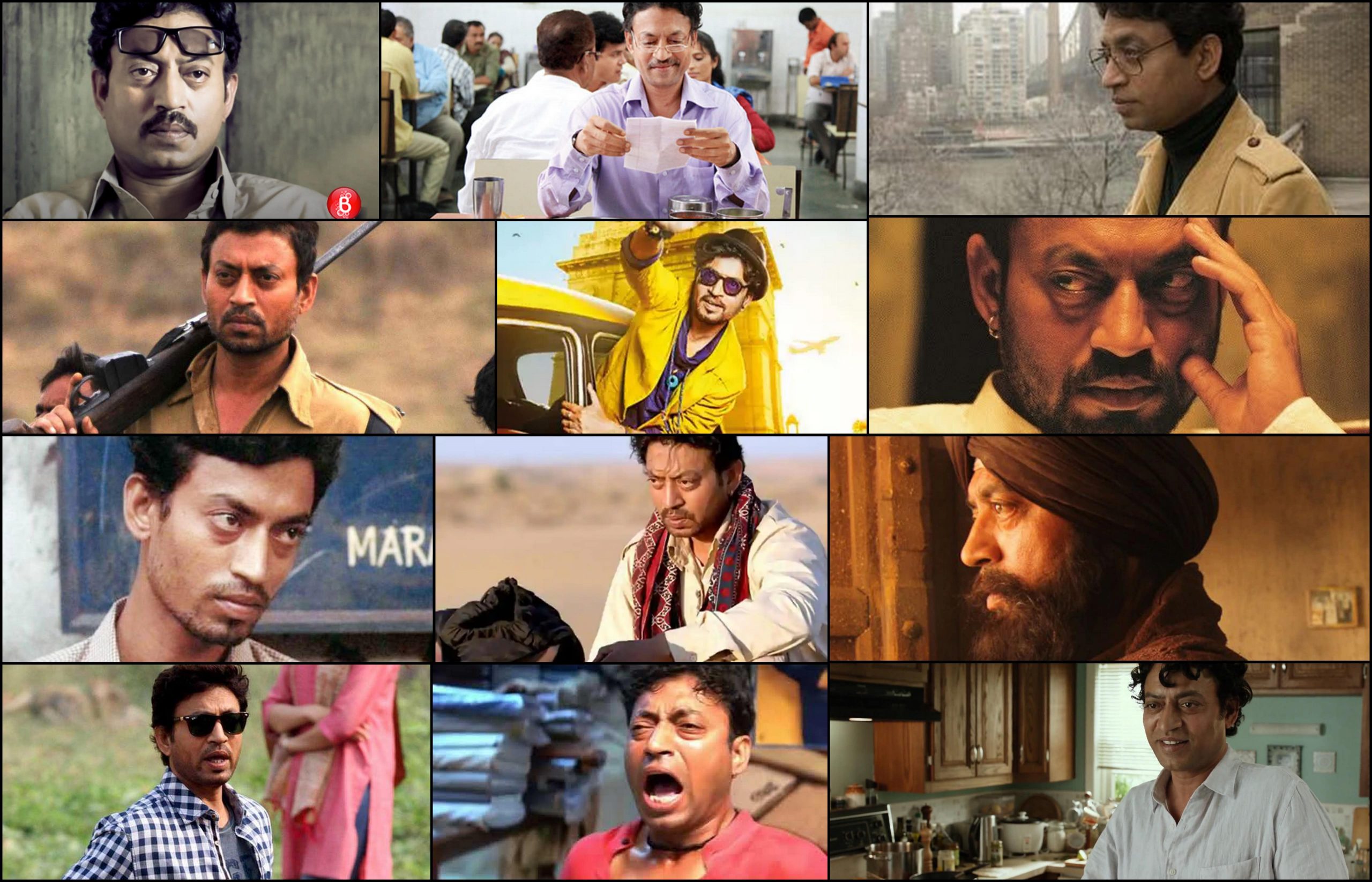 Irrfan Khan: One who changed the definition of a BOLLYWOOD Hero

If I say Irrfan Khan was a trendsetter then it won’t be wrong because Irrfan changed the mindset of Bollywood of a conventional Hero. He was nothing what a stereo type Bollywood hero would be, he was a simple case of Parallel cinema hero who made it BIG in commercial cinema as well.

Irrfan’s talent of effortless acting made him a household name. Though to reach that stature he really struggled and how. Who knew that an actor who made his debut in a 2 minute, blink and you will miss it role in Mira Nair’s  SALAAM BOMBAY (1988).

Irrfan debut as an actor started with television way back in 1985 with the popular serial SHRIKANT, from 1985 to 1995 for 10 years he dis various roles in television from Bharat Ek Khoj to Chanakya, but it was his role in Zee TV’s BANEGI APNI BAAT as Kumar which bought him limelight.

Irrfan kept on doing small insignificant roles in movies, but it was Timanshu Dhulia’s HAASIL (2003) which made the Bollywood notice him. Rather he was so good as a villain in the movie that today HAASIL remembered as a Irrfan Khan movie and Not a Jimmy Shergill movie who was lead actor. Before HASSIL Irrfan already created ripples in the international Arena with Asif Kapadia’s THE WARRIOR (2001). Rumour has it that actually Irrfan was contemplating to quit acting when he got THE WARRIOR.

After HAASIL it was no looking back for Irrfan Khan, the same year there came another milestone movie which consolidated Irrfan’s position in Bollywood, it was Vishal Bharadwaj’s adaptation of Macbeth, MAQBOOL. Till today MAQBOOL is considered one of Irrfan’s best work in Hindi Cinema. After MAQBOOL Irrfan started getting Lead or prominent second Lead roles and with every role Irrfan consolidated his position in Bollywood.

But who knew destiny had other plans for this great actor, all changed for Irrfan Khan with Mira Nair’s THE NAMESAKE wherein again he was paired opposite Tabu and was playing the lead as Ashok Ganguli, a Bengali Bhodrolok, and he just made the role his own. THE NAMESAKE changed Irrfan’s destiny and gave him the much needed international exposure. As it is said rest is history after which Irrfan did some notable Hollywood projects like SLUMDOG MILLIONAIRE, LIFE OF PIE, JURASSIC WORLD, INFERNO, THE AMAZING SPIDERMAN, and with every movie he consolidated his position in Hollywood as well.

Irrfan Khan did some brilliant work back home as well like PAAN SINGH TOMAR for which he got the National Award, LIFE IN A METRO, NEW YORK, THE LUNCHBOX, SAAHEB BIWI AUR GANGSTER RETURNS, TALVAR, MADAARI, PIKU, QARIB QARIB SINGLE, QISSA and HINDI MEDIUM.

Things were just looking up for this brilliant actor but then came a halt thanks to Irrfan being detected of Cancer in 2018, though he did a movie last year ENGLISH MEDIUM which was the last hindi movie which released before the lockdown due to Corona pandemic.

Irrfan left us for heavenly abode on 28th April, 2020. It was too soon for all of us, there was so much that we as his fans and audience were expecting. But Irrfan Khan will stay in our memories and will be LIVE through his movies.

Irrfan Khan an actor par excellence who made acting look so effortless whether it was serious role or comedy, he was brilliant and this brilliance is a gift that IRRFAN  has left as a legacy for all his fans.