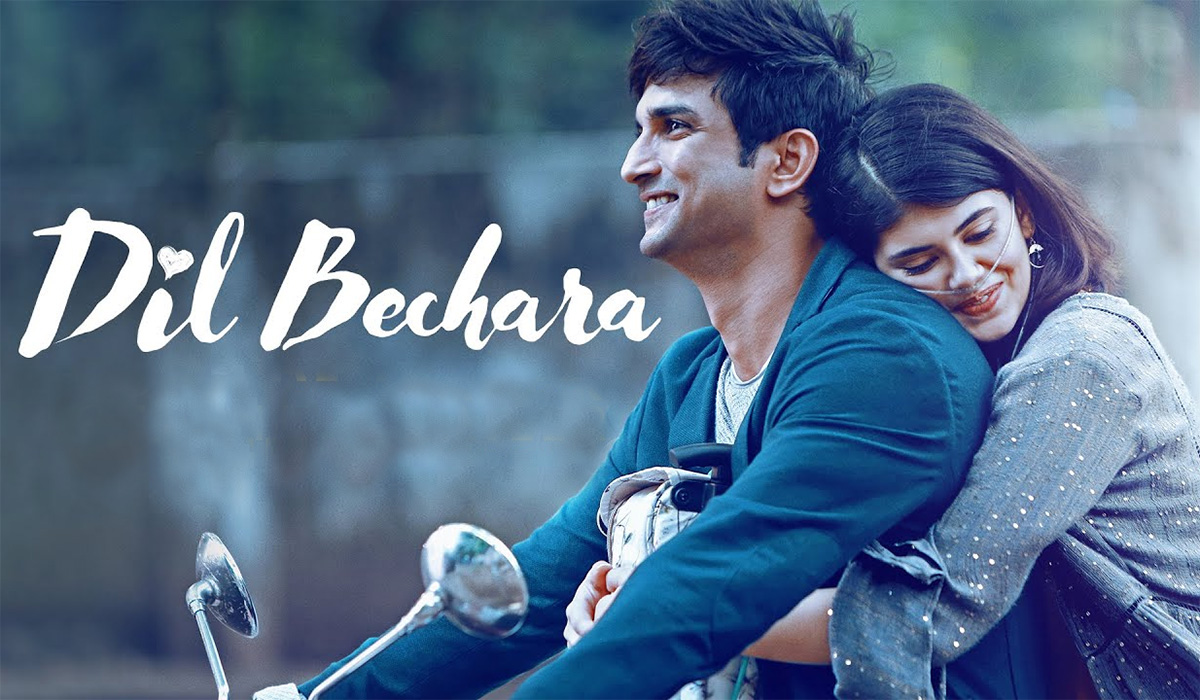 Dil Bechara: An Ode to Sushant

When I sat to write something about the movie the only visual that captivates my mind
is Sushant Singh Rajput’s ever charming and electrifying smile.

It is very difficult to write review for this movie as the movie leaves you overwhelmed but I will write this
piece as a tribute to Sushant Singh Rajput.

DIL BECHARA as we all know is based on John Green’s novel “The Fault in Our Stars”, and Mukesh
Chabra gives an Indian Twist to the base story with the help of Shashank Khaitan and Supratim Sengupta
who wrote the screenplay. But movie more or less sticks to the original material.

But I can unabashedly admit that Dil Bechara is a Sushant Singh Rajput movie from the word go, and you
cannot take off your eyes from the screen whenever he is in the frame. His character Manny a cancer
patient goes through a wide range of emotions and Sushant gets each and every emotion bang on and
you say what an actor, and you cannot believe he is no more. Some of the dialogues of the movie just
resonates with you, due to what happened. I bet no other actor in younger generation could portray
MANNY the way Sushant did.

It would be criminal to ignore the rest of the cast starting with the debutant Sanjana Sanghi who plays
the lead character Kizie Basu, a cancer patient, she comes as a breath of fresh air and her chemistry with
Sushant is mind-blowing. Being her first film as a lead actress she holds her own in front of the
remarkably talented Sushant. Rather the entire film is through the eyes of Kizie, and she does not
disappoint. Definitely a brilliant find by Mukesh Chabra. We have to mention Kizie’s parents Mr and Mrs
Basu, played brilliantly by Saswata Chatterjee and Swastika Mukherjee respectively. Especially Saswata
yet again gives a riveting performance as a father of a cancer patient, some of the scenes of Saswata
both with Sushant and Sanjana are amazing. Swastika as the typical bong housewife and mother creates
an impact and how. The last and not the least JP played by Sahil Vaid is another performance to watch
out for. Saif Ali Khan in a guest appearance, as Abhimanyu Veer does not resonate much and is wasted.

The writing by Shashank and Supratim keeps you engaged throughout but some portion look hurried
especially the Paris sequence and the climax, it could have been written better.

Other than Sushant the other highlight of the movie is the music by A R Rahman, all the songs are
brilliant. After a long time A R Rahman is back in his form, but it is Amitabh Bhattacharya’s beautiful
lyrics which enhances the songs.

The brilliant cinematography by Satyajit Pandey captures both Jamshedpur and Paris beautifully.
Coming to Mukesh Chabra’s direction, being a first film Dil Bechara is a difficult subject to direct, but he
tries and extracts some memorable performances by the cast. Mukesh’s graph as a director keeps on
oscillating sometimes in the positive and sometimes not so positive. But all said and done Mukesh
entertained us.

SUSHANT’s Swan Song is a MUST WATCH as an Ode and tribute as he had so much talent but could not
show his potential completely.This movie is beyond giving any stars instead I bow in respect to the talent that
WAS….SUSHANT SINGH RAJPUT….