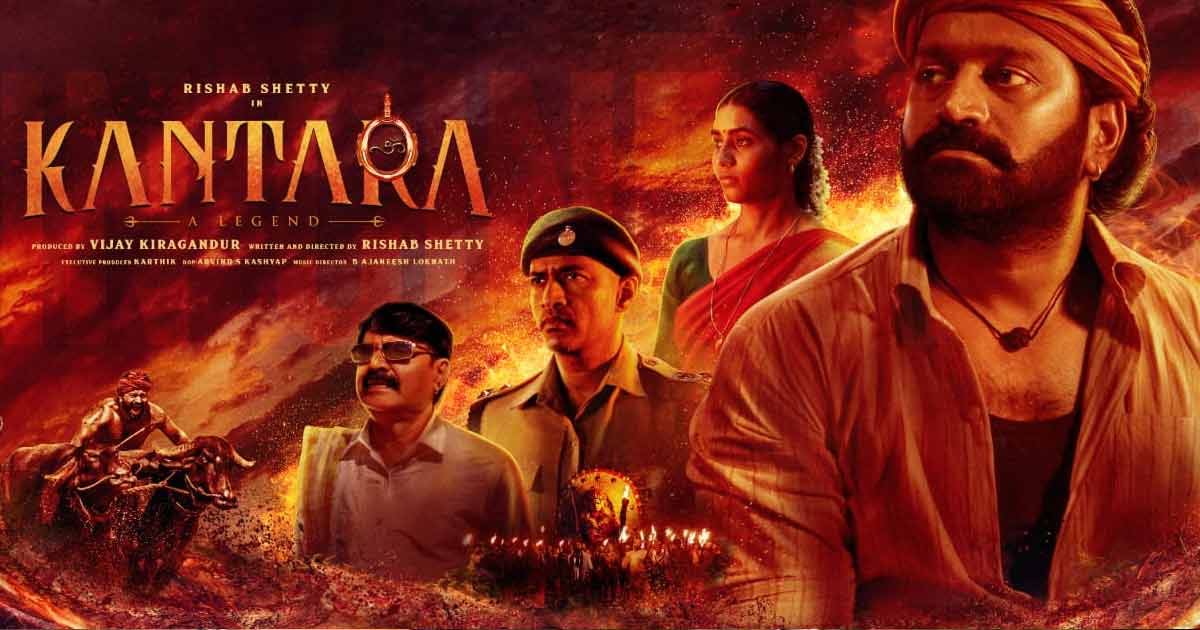 Watched the Hindi dubbed version of KANTARA and I am truly speechless.

So KANTARA cannot be put in a particular genre it is a good mix of parallel cinema and commercial cinema. It is just not a movie but an experience.

So the theme of the movie is how nature and mankind should co-exist, and to balance the same how our deep-rooted customs & our Gods along with their legends show the way.

Written by director Rishab Shetty himself the story and screenplay works on various levels, it is coming of age movie for the central character Shiva, it is a movie which showcases how our customs and beliefs are deep rooted for our existence and how preservation of nature is so important and mankind has to see to it. Rishab beautifully juxtaposes all these themes in the story and screenplay which never makes you feel restless or boring. The screenplay is taut and the pace adequate to absorb the customs showcased in the movie which may be alien to viewers like us who are not from Karnataka. Rishab brilliantly mixes the customs and festivals celebrated in coastal Karnataka in the narrative. The characters in the movie are so deep-rooted to the land where the story is based that you automatically become part of the world showcased in the movie from the word go. Kudos to Rishab to try something very different in a commercial format.

What makes KANTARA believable is the casting choices, the actors who play the parts look and act so naturally that it works wonders for the movie. Starting with the central character Shiva played by Rishab Shetty is brilliant, and his transformation in the climax will give you goosebumps, undoubtedly one of the best performance of 2022. Next is the character of Murli a feisty Forest Officer played by Kishore is essayed well especially the scenes with Shiva. Rest of the cast also do a brilliant job making the movie a worth watch.

Another aspect of the movie that stands out is the cinematography by Arvind Kashyap which is brilliant and helps in creating the magic with every scene, it is unbelievable how without VFX such magic was created. Production design by Dharani Gangeputhra is so believable and looks lived in that you feel that it has been shot in a real Village.

Sometimes it happens that a brilliant concept falls flat due to weak execution but here Rishab Shetty does a brilliant job as a writer, an actor and also as a director. His execution is so precise that it takes the movie to a different level making it watchable.

I won’t say KANTARA is a classic but it definitely is a good movie coming from Indian film industry which is seeped in Indian cultures and refrains from aping the West in anyways. What it did, that it introduced me to a culture which prevails in a part of India which I was not aware of, now I want to go to Udupi and witness BHOOT KOLA, such is the magic of the movie.

Definitely a Make in India product, worth a watch.